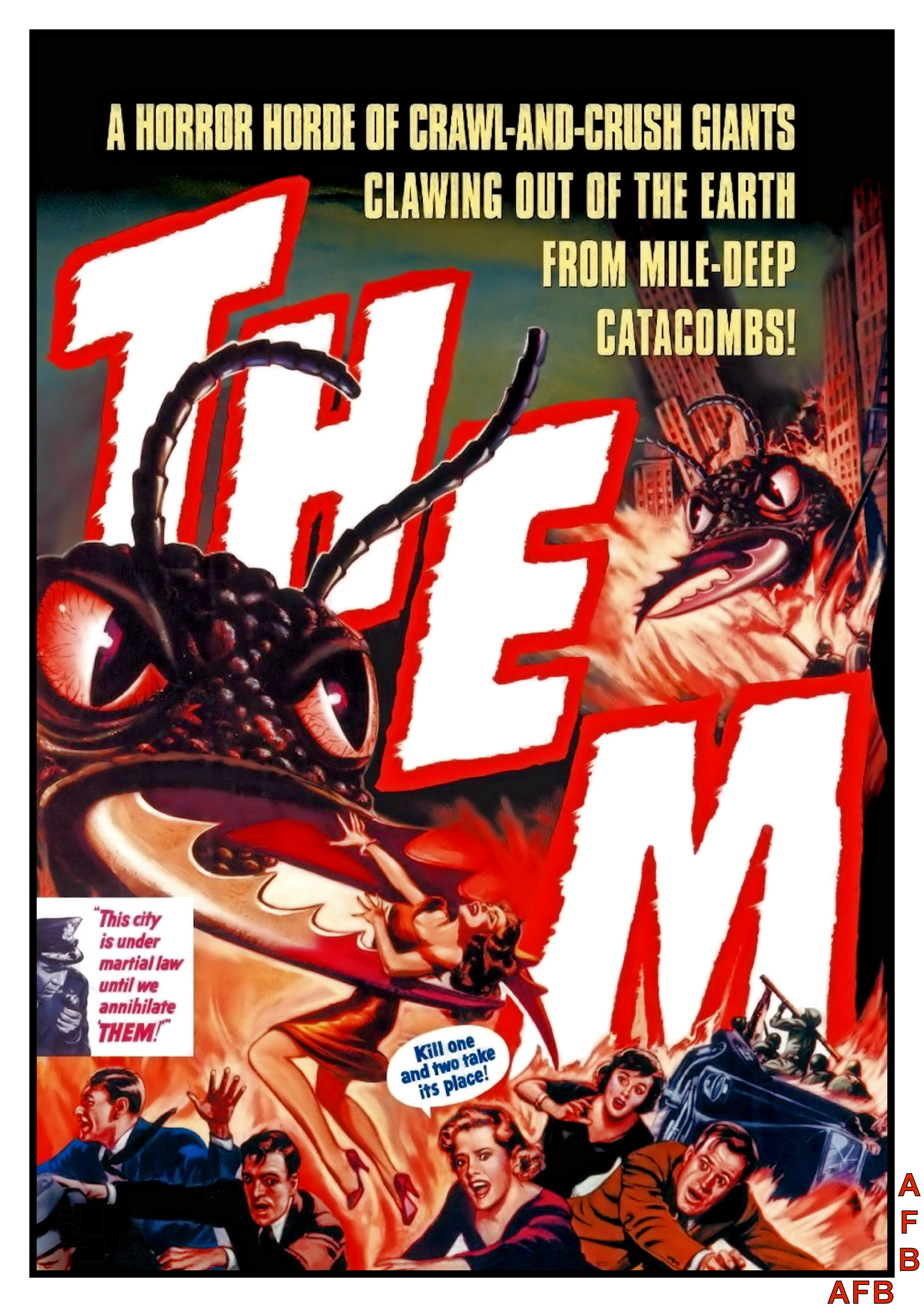 Hello, kaiju lovers! We enter the 1950s era of “Ameri-kaiju” to discuss a film that released the same year as the original Godzilla and inspired a subgenre and countless imitators: THEM! (yes, it’s in all caps and has an exclamation point). Who better to join Nate on this than the kaiji film scholar from the state in which the film takes place, John LeMay. Thankfully, John and MIFV’s intrepid producer, Jimmy From NASA, have settled their differences so he could be there. While THEM! has the trappings of a B-movie, as Nate and John explain, it has far too good a production values (it was nominated for the best special effects Oscar!) and acting to be reduced to that. The film is genuinely horrifying at points, but what may surprise many modern viewers is it is strangely progressive with its female lead, who is a competent and professional scientist and not a “scream queen.” While Nate considered researching McCarthyism since this is very much a Cold War film, he instead discusses American nuclear tests in the 1940s and 1950s.

Before the broadcast, Nate gets an e-mail from Dr. Elsie Chapman, a member of H.E.A.T., after receiving an announcement that the Island’s beaches are closed. She says she has something to show Nate. After the broadcast, he meets her, Dr. Mendel Craven, and Monique Dupre on the shoreline and learns the shocking reason why the beaches were closed.

Check out John’s books and magazines on Amazon!

This episode’s prologue and epilogue, “They Might be Gi-Ants,” was written by Nathan Marchand.